Cardi B speaks out on government shutdown 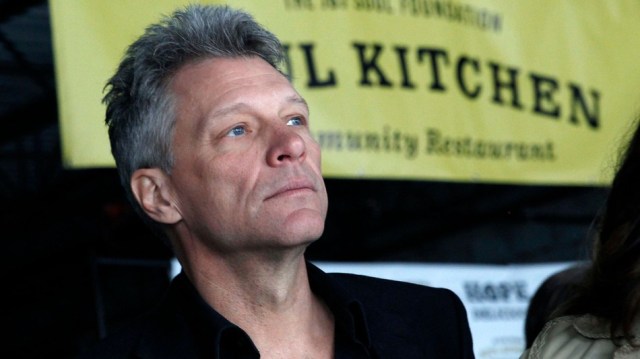 As Donald Trump’s partial shutdown of the U.S. government approaches the end of its first (and hopefully last) month, every little bit helps. Jon Bon Jovi is doing his part.

The ’80s rocker — he’s had quite an accomplished career, but memories of Slippery When Wet will never fade — owns and operates New Jersey’s JBJ Soul Kitchen with his wife and business partner, Dorothea. The two have offered to treat any furloughed federal employees to a free lunch on Monday.

“Since founding the Soul Kitchen, we wanted to ensure that anyone struggling with food insecurity had a place to go,” the pair said in a statement, via NBC Philadelphia. “This Monday, we will be open for lunch as a way to create a place of support and resources for furloughed federal workers, many of whom are our friends and neighbors.”

The statement went on to add that additional free meals for federal employees “will be determined by turnout, feedback and demand, and will be announced at a later date.” Federal employees should bring proof of employment if they want to get in on this.

JBJ Soul Kitchen isn’t your typical restaurant. Founded in 2011, the self-described “community restaurant” serves three-course meals paid for by a suggested $20 donation. According to its website, the restaurant will still serve those who can’t afford the donation.

The partial U.S. government shutdown that began on Dec. 22 has left roughly 800,000 federal employees temporarily out of work or working without pay. It’s the longest shutdown in U.S. history and the second of Trump’s troubled tenure as president.

WATCH: Cardi B speaks out on government shutdown 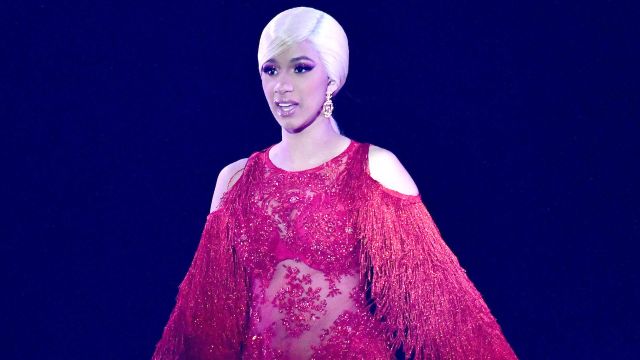 Most people know that global hunger is a pressing issue — but what you may not know is that food waste is equally concerning.

This doesn’t seem to make sense: How is it that so many go hungry if there’s so much usable food heading to landfills? If you think the issue of food waste is counterintuitive, you’re not alone. The UN’s Sustainable Development Goals outline a series of objectives to tackle global problems including hunger and food waste, among others.

There are a number of entrepreneurs who recognize that food waste is an unacceptable problem in our modern world — and they’re doing their part to bring the UN’s SDGs like zero hunger, sustainable agriculture practices, and sustainable consumption and production to fruition. Below are five individuals who are making a serious impact on every level of the food waste chain — from farming and agriculture to supermarkets and retail, all the way down to the individual consumer.

Campaigning to improve every link of the “food waste” chain.

When Tristram Stuart was just a teenager, he noticed a problem that many of us have likely observed at one point or another: Supermarkets, restaurants, bakeries, and grocers throwing away bins full of perfectly usable food.

“We were wasting food at every link in the entire chain,” Stuart says in a video detailing his philosophy behind Feedback, the company he started in 2009 to address the problem of food waste. Feedback organizes action and awareness campaigns (as well as events) that target food waste from — literally — the ground up. From working with governments and international institutions to educating businesses and rallying grassroots organizations and the public, the group aims to be a catalyst for changing global attitudes about food waste.

Stuart has dedicated his career to the issue; while researching for his book Waste: Uncovering the Global Food Scandal, he realized how many of the food waste issues facing supermarkets are tied up in buying policies and cosmetic standards — and sometimes, even stemming from obscure governmental regulations. He founded Feedback to fight these policies on a systemic level.

Feedback’s first awareness event took place in London’s Trafalgar Square in December 2009 and fed 5,000 people — and the resulting media coverage was a catalyst for the UK government to change some of its policies about food waste. Today, Feedback has hosted similar events in 45 cities, and has had significant global impact on the way the world views waste.

Tristram Stuart is part of the UBS Global Visionary program. Read more about his story and learn about other young entrepreneurs making an impact around the world.

In Nigeria, Kenya, and Zimbabwe, more than 35 million tons of fruits and veggies are produced each year. Yet, according to startup ColdHubs, 45% of this food spoils due to inadequate storage methods. And beyond this region of the world, post-harvest losses of fresh fruits and vegetables affect 470 million farmers and retailers in other developing nations. The bottom line: Small farmers may lose as much as 25% of their annual income due to spoilage.

Enter Nnaemeka Ikegwuonuu, a Nigerian agriculturist. His startup is a social venture that produces modular, walk-in cold rooms that extend the shelf life of perishable foods — and not just by hours or days, but by weeks. The rooms are fueled by solar panels and high-capacity batteries, making them an eco-conscious solution for portable refrigeration.

The company designs, assembles, installs, and commissions these rooms, which farmers purchase on a pay-as-you-store subscription model. Ikegwuonuu has long-term goals for ColdHubs: He plans to have 1,000 units operating in the next five years.

While food waste on a mass scale often occurs on the front lines of consumerism (places like grocery stores and supermarkets) or on an agricultural level, in the developed world, almost half of all food waste takes place in the home. Entrepreneur Tessa Cook wanted to do something to cut down the £13 billion worth of food that the UK collectively throws out each year.

“It’s crazy that our solution to too much good food is to throw it away, and that there’s been no innovation since the rubbish bin,” says Cook.

To combat this issue, Cook and co-founder Saasha Celestial-One started OLIO, a free app that connects neighbors with local shops and cafes so that surplus food can be repurposed. The app (available for both Android and iPhone) is simple to use: Just snap a photo of items you wish to discard, and neighbors receive alerts and can request whatever piques their interest. Pickup is arranged via private message.

There are multiple use cases for the app, Cook explains: Like when families go on a diet, move home, leave for vacation, over-cater a party, or receive unwanted gifts. (Finally, something to do with all those holiday fruit cakes.)

“So many go hungry and the environmental consequences are nothing short of devastating,” says Cook. “OLIO aims to make food sharing a viable alternative to the bin, and to do so in a way that is simple, convenient, and fun.”

Putting food waste to good use.

So, what about food waste that’s already on its way to the landfill? Amanda Weeks is an entrepreneur tackling the problem from another angle: Using waste as a resource.

Industrial/Organic, Weeks’ Brooklyn-based startup tackling food recycling in urban areas, finds ways to put the water, energy, and nutrients of food waste to work. Through a multi-step recovery process (technically termed “anaerobic fermentation”), the company plans to up-cycle waste into bio-based products including household cleaners, fragrances, and organic fertilizer. It goes beyond composting; the process generates no methane, and produces fewer emissions and odors than other solutions.

“Our approach closes several crucial loops necessary to support public health, environmental resilience, and economic growth,” explains the Industrial/Organic website. “We reclaim the resources spent on food that is wasted, and reuse them to create a more sustainable system for future generations.”

“We are using nature to fight on two fronts: Tackling both the food waste we create, and the unsustainability of the protein farming industry,” explains Whitaker.

Entocycle transforms food waste into sustainable, protein-based feed for the agriculture industry — all using the power of insects. The company is developing the first fully automated “smart factory” that produces insect protein meal.

Entocycle’s facility is currently up and running in the heart of London. In collaboration with the Good Kitchen accelerator program, Entocycle aims to revolutionize the $150 billion animal feed industry, eventually replacing environmentally destructive solutions like fish and soy meal.

This paper for the WEF Annual Meeting explores our progress in meeting our commitment to the UN SDGs, in particular our pledge to raise USD 5bn of client money within five years to fund the SDGs. We unveil more than 30 partnerships which UBS has forged with public and private organizations to support positive social and environmental change.

Want to learn more about how to support organizations like those profiled here? Find out more about impact investing or read on about these other social entrepreneurs tackling global issues in innovative ways.

The value of investments can go down as well as up. Your capital and income is at risk. Assets used for secured borrowing are at risk if you do not keep up with repayments. In the UK, UBS AG is authorized by the Prudential Regulation Authority and subject to regulation by the Financial Conduct Authority and limited regulation by the Prudential Regulation Authority. © UBS 2017. All rights reserved.