What to expect from Samsungs Galaxy Note event

Samsung’s never been particularly good at keeping things under wraps. That’s no doubt, at least in part, by design. The company loves priming the rumor pump ahead of product announcements, and like clockwork, we’ve already seen plenty of what we expect is planned for next Wednesday’s Unpacked event in Brooklyn.

Earlier this week, Samsung announced the Galaxy Tab S6, its latest shot against the iPad Pro. Doing low-key product announcements ahead of events has become a bit of a thing of late. Apple and Google both did it earlier this year. Among other things, it’s a way of letting the world know that you’ve got more stuff to announce than a single event could possibly hold.

It seems like Samsung’s got a fair amount lined up for Wednesday, but the big show at Barclays is really about one thing: If there’s one thing Samsung likes more than devices, it’s a lot of devices. Following on the heels of a bunch of new Galaxy S devices, the company is expected to release between two and three new models.

The big news here is the expected addition of a Plus or Pro model. For whatever percentage of the population that’s been holding off on buying a Note over concerns that the screen just isn’t large enough, the new model is a expected to support a 6.8-inch display compared to the standard Note’s 6.3 (both AMOLED). That’s definite tablet territory, but Samsung’s made great strides on the body-to-screen ratio front, so it may not be the size and weight of a manhole cover.

A third model, which is more wishful thinking than full-on rumor for now, has the company releasing a 5G model. It makes sense from a strategy standpoint. Samsung released an everything-and-the-kitchen-sink version of the S10 with 5G last month, and the company clearly prides itself at being one of the first to bring the tech to market — even though carriers haven’t really caught up.

Rumors point to a triple-lens camera this time out, including a 16-megapixel ultra-wide on board, while the Pro/Plus is getting a depth-sensing time of flight sensor. Internally, we expect the addition of the Snapdragon 855 Plus. The Note would be among the first to sport the newly souped-up chip announced by Qualcomm a couple of weeks back.

Charging is expected to be sped up to support the beefy 3,600mAh/4,300mAh batteries, and 8/12GB of RAM are expected on the standard and Plus models, along with 25GB of storage.

Oh yeah, and then there’s that dongle. It’s been less than half a year since Samsung showed off the original Galaxy Watch Active, but the company is rumored to already be ready for part two. Available in both 40 and 44mm versions, the watches are said to bring ECG detection and fall monitoring, following recent additions for the Apple Watch. Rumors also point to the removal of the spinning physical bezel in favor of a touch version. 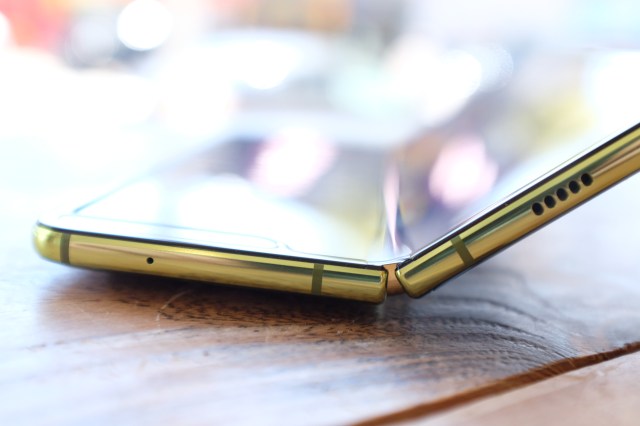 More information on the Galaxy Fold seems like a no-brainer. We got a rough time frame of September a couple of weeks back. I’d anticipate something more specific on the long-awaited and much-delayed foldable, along with some more information on those fixes.

Similarly MIA is the Galaxy Home, which was announced this time last year. We still don’t have a specific date on the company’s HomePod competitor, in spite of rumors that the company was already working on a cheaper version. Or maybe Samsung would rather sweep the Bixby delivery device under the carpet altogether?

All will be revealed on Wednesday, August 7, starting at 1PM ET/11AM PT.