When you were a kid you were afraid of the dark because of monsters lurking in the shadows, well Irish illustrator Brian Coldrick has cast these creatures as the stars of his ongoing webcomic and book “Behind You: One-Shot Horror Stories.” Each image is a beautiful and haunting one-panel illustration that shows a monster hiding just in arms reach, along with darkly humorous one-sentence captions. The London-based artist states that although none of his short tales are direct adaptations of existing stories, they do touch on “well worn horror tropes.”

Coldrick said told Bored Panda that his inspiration for the series sprung from his love for horror films, books, and spooky internet stories, “Just before I started the series I’d been reading through some Creepy Pastas, the internet’s version of spooky folk tales, and also lots of accounts of ‘real life’ supernatural encounters on sites like Reddit.”

An illustrator since 2003, he began ‘Behind You’ in April 2015 and confessed it was partly borne as an attempt to tackle his laziness. “I had wanted to do a continuing webcomic for a while, but I was worried I’d lose interest after starting a story I thought if each installment was a snippet of a different tale I could start afresh each time. It also had the great side effect of leaving much of the story to be decided by the reader. It’s probably the main reason people enjoy the series.”

With a style all his own, these murky pictures have a charm you can’t ignore. The artist said he uses a hand pencil to create his characters but works with Photoshop to create the backgrounds, add texture, and make the animations. Although he has many artistic influences, (such as horror comics Junji Ito and Emily Carroll), he said GIF illustrators Rebecca Mock and Sachin Teng had a direct influence on his attempts to make his own illustrations move.

When it comes to Coldrick’s creative process the order can vary.”I almost always start with the image first but once or twice a phrase has popped into my head and I’ve worked back from there. Rather than a coherent story, the first step is usually one element. In the early days of the series it might have been a desire to draw a particular kind of creepy monster, but later on it’s been the setting. A kitchen at night illuminated by a fridge light, or an escalator on the Underground. Sometimes it can be something darker like the loneliness, doubts or anxieties that emerge once no one else is around.”

In addition to “Behind You,” Coldrick draws editorial pieces, posters, book covers and character designs. Check out some of his nightmarish illustrations from this quirky webcomic series below! 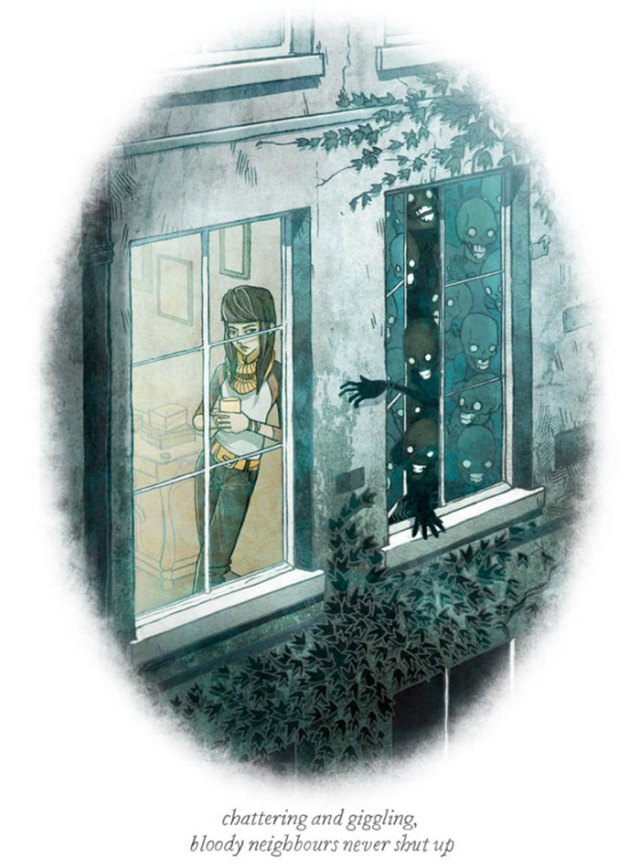 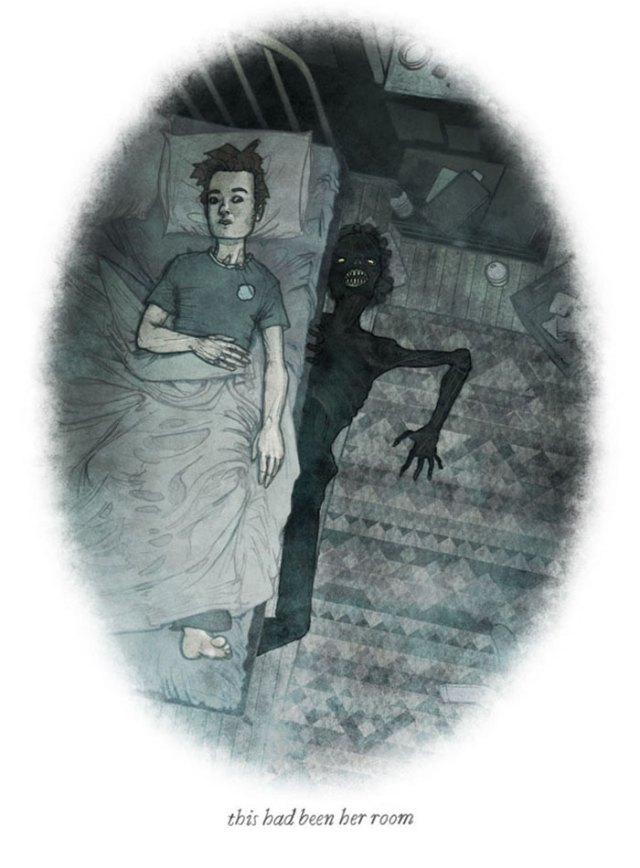 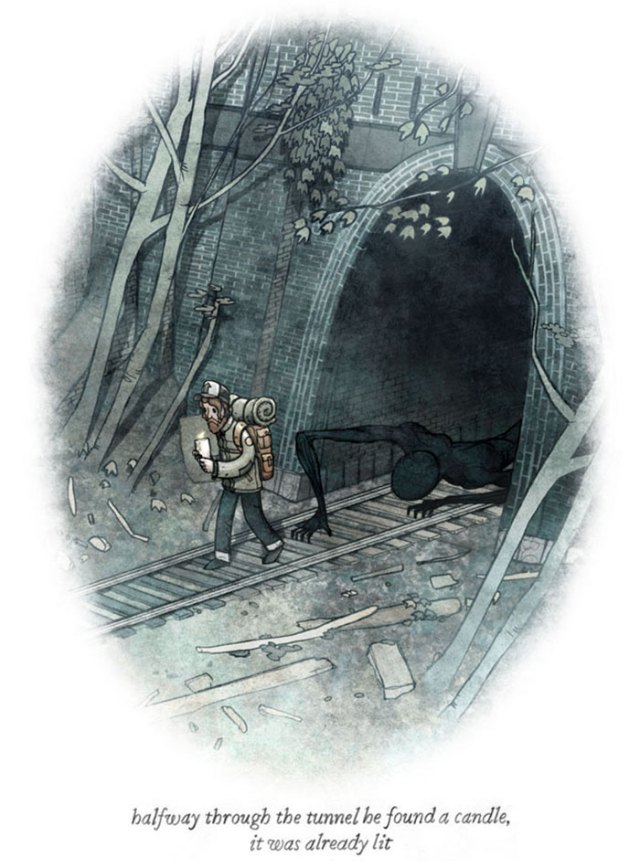 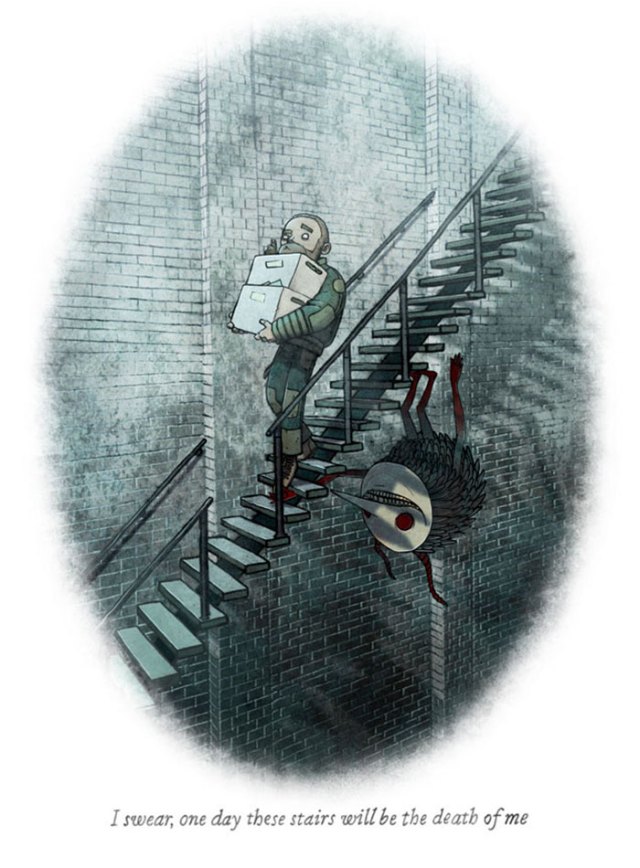 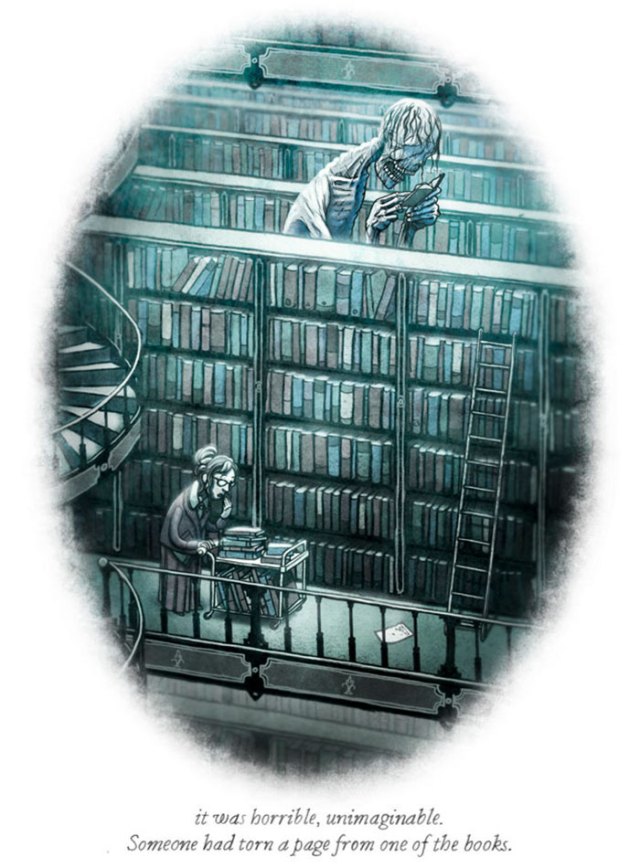 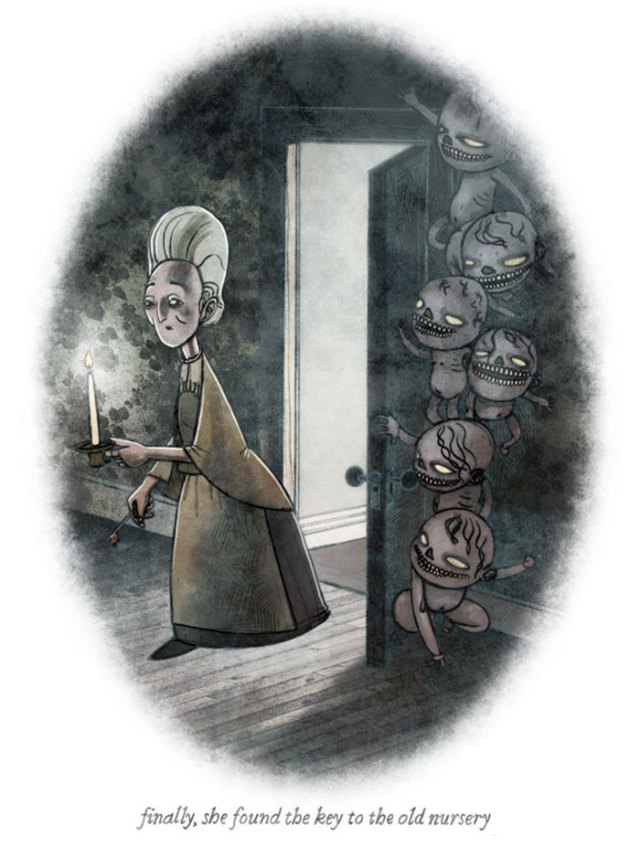 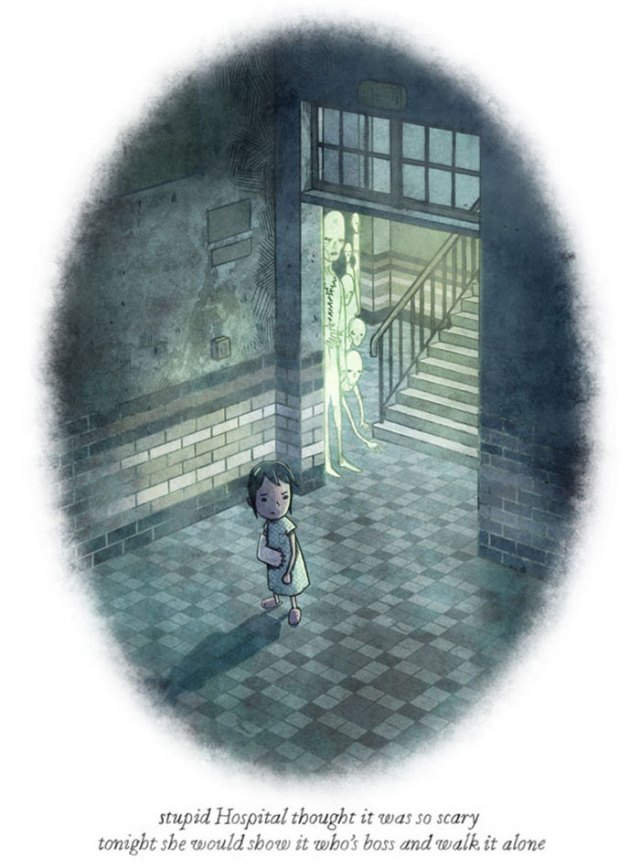 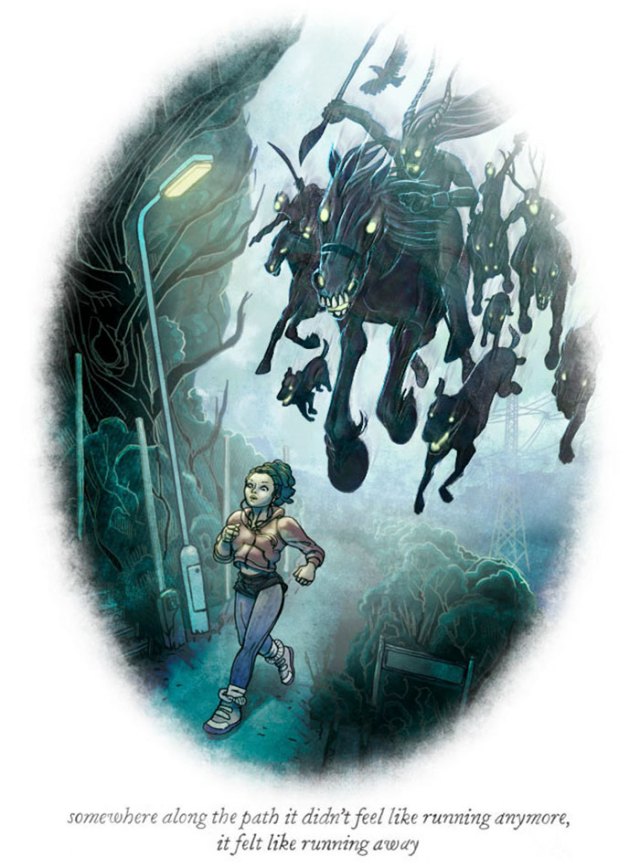 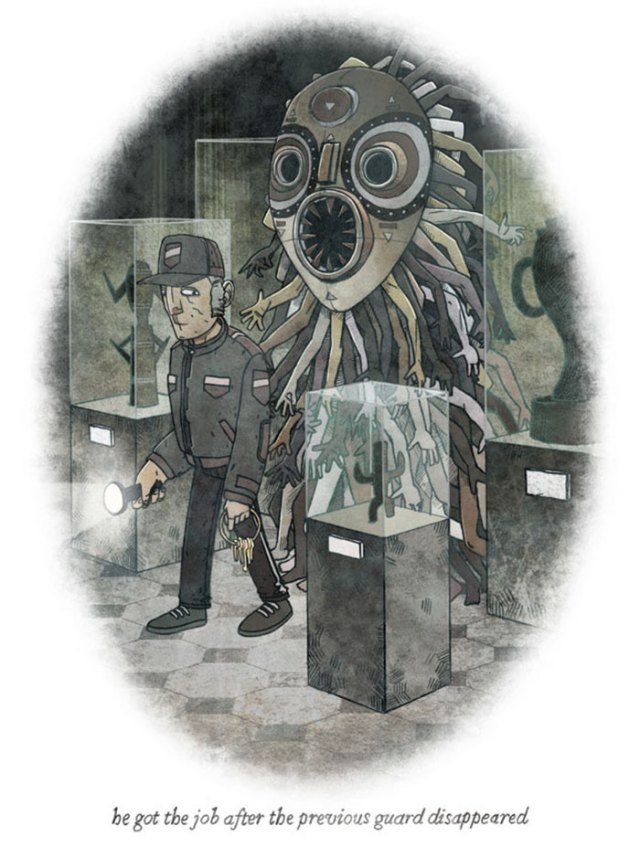 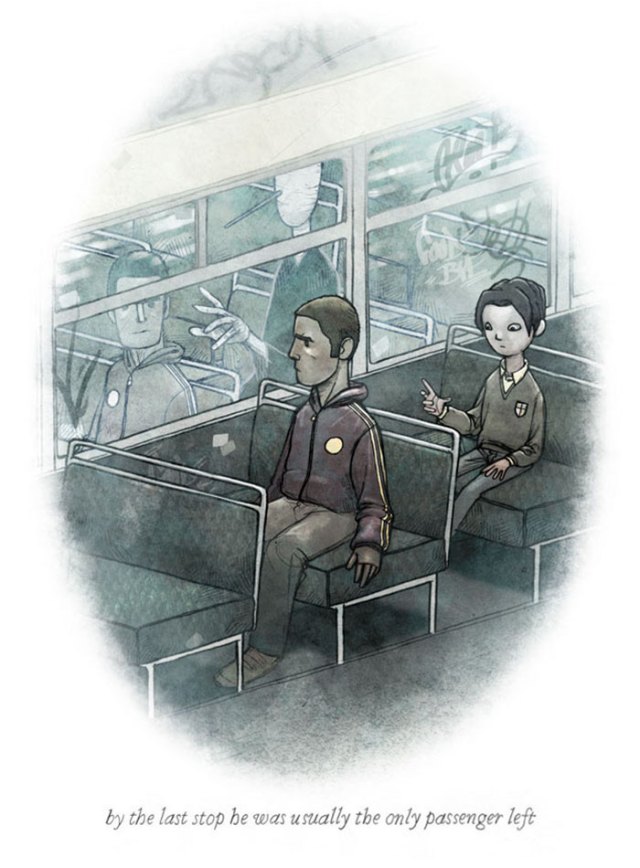 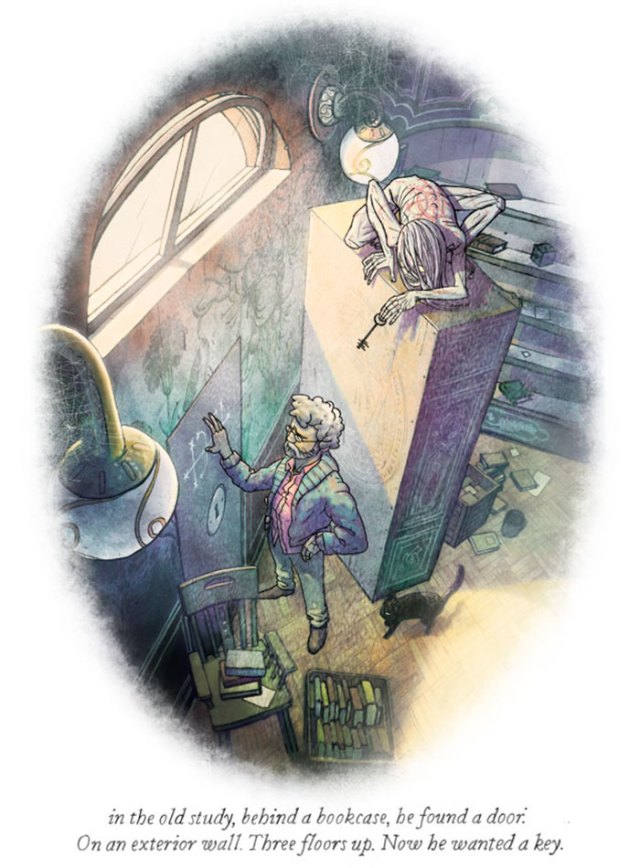 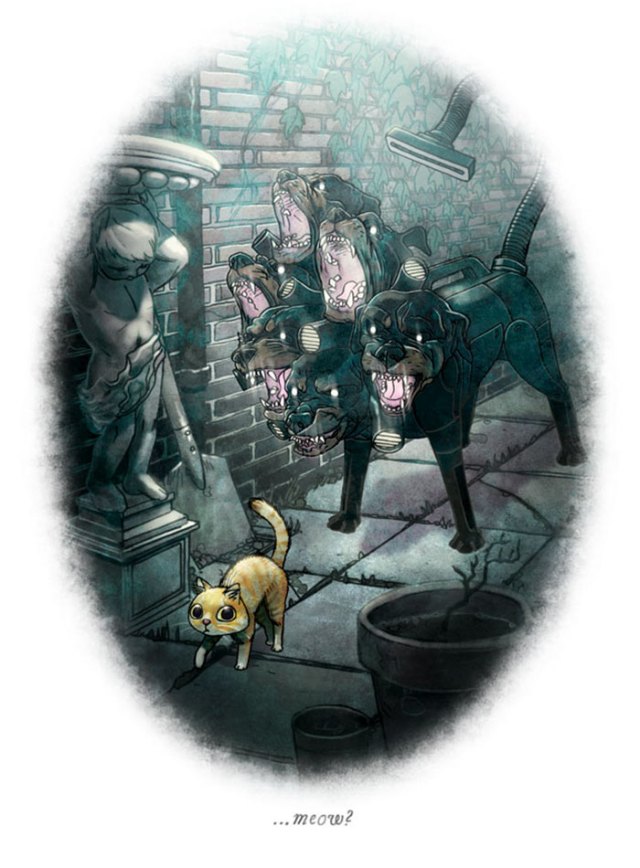 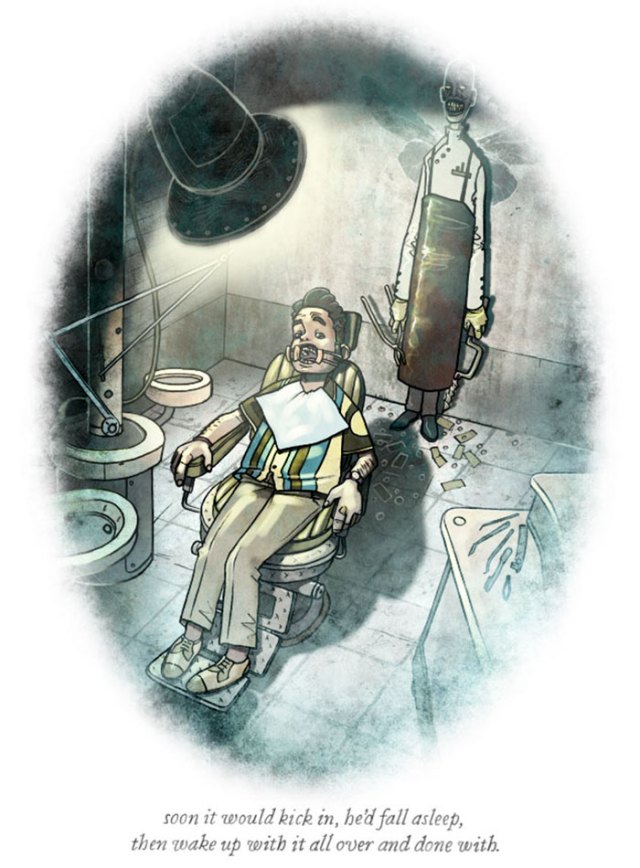 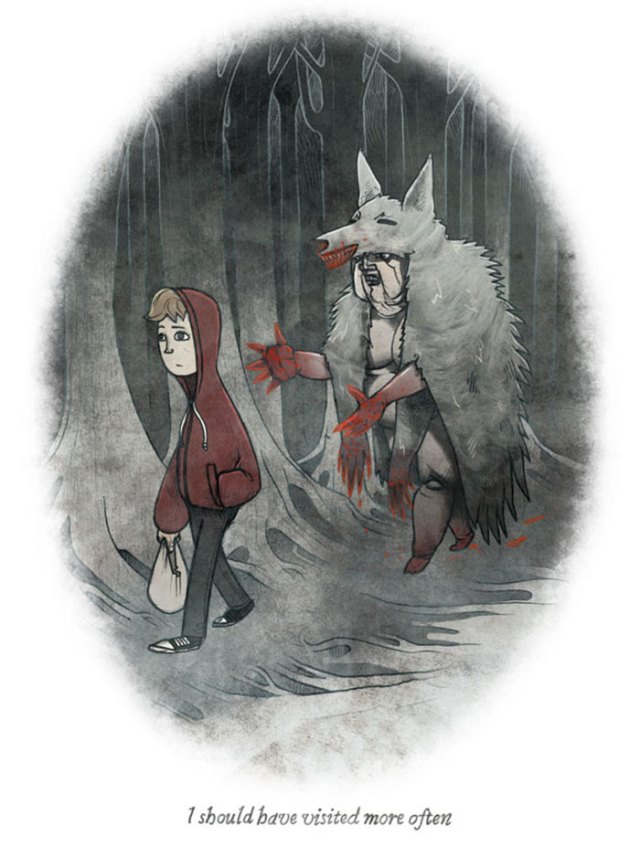 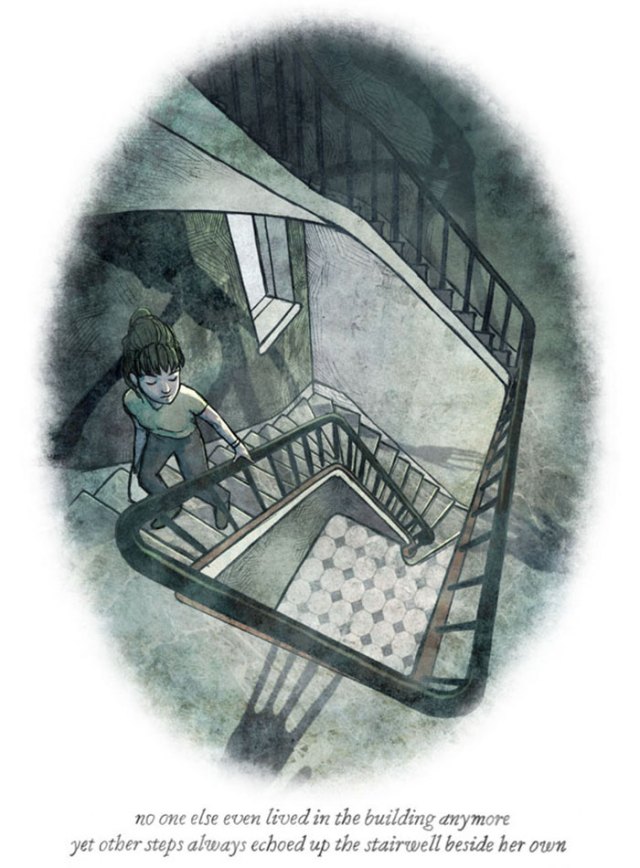 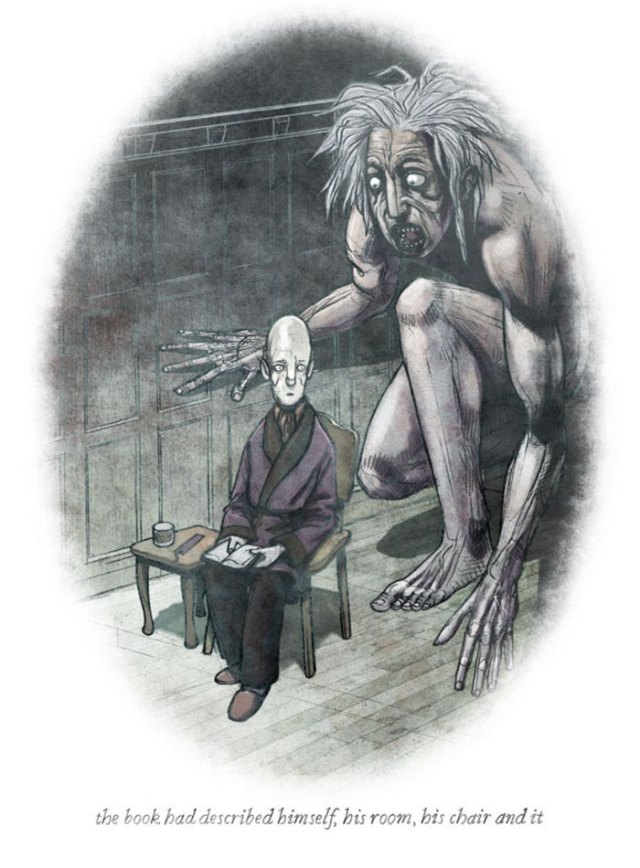 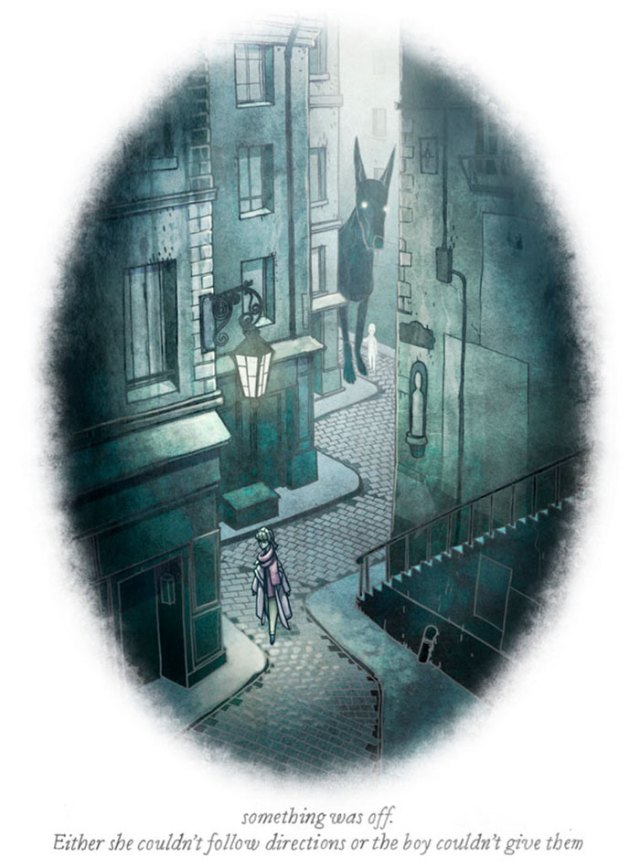 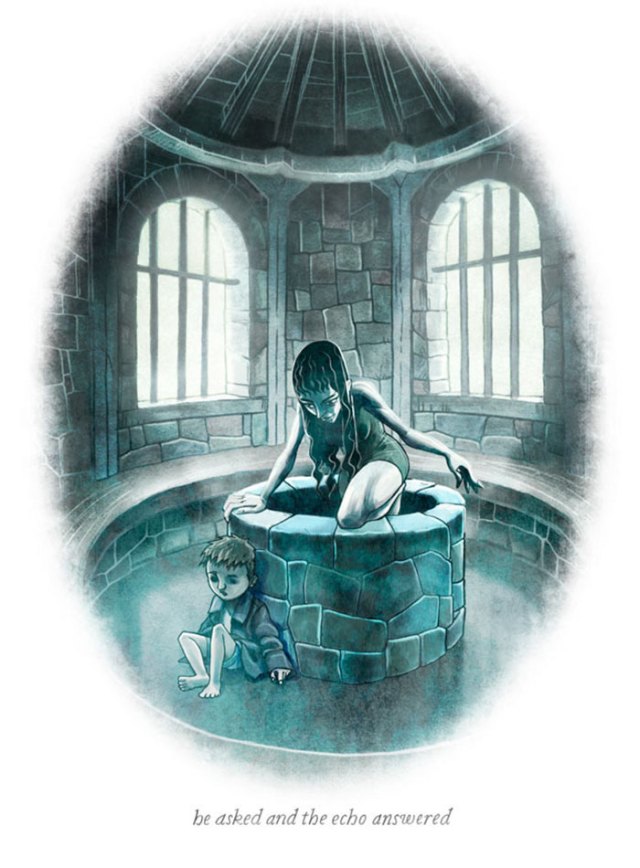 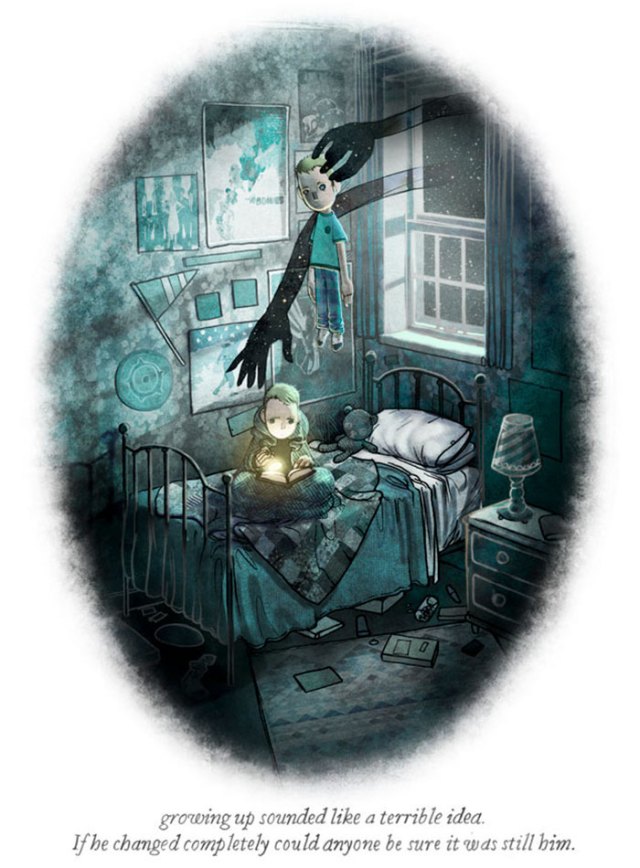 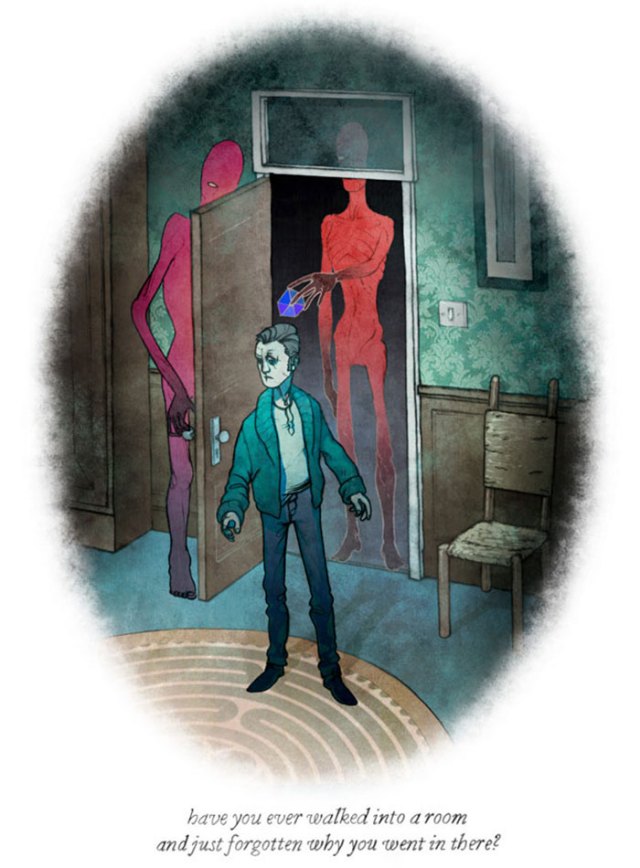 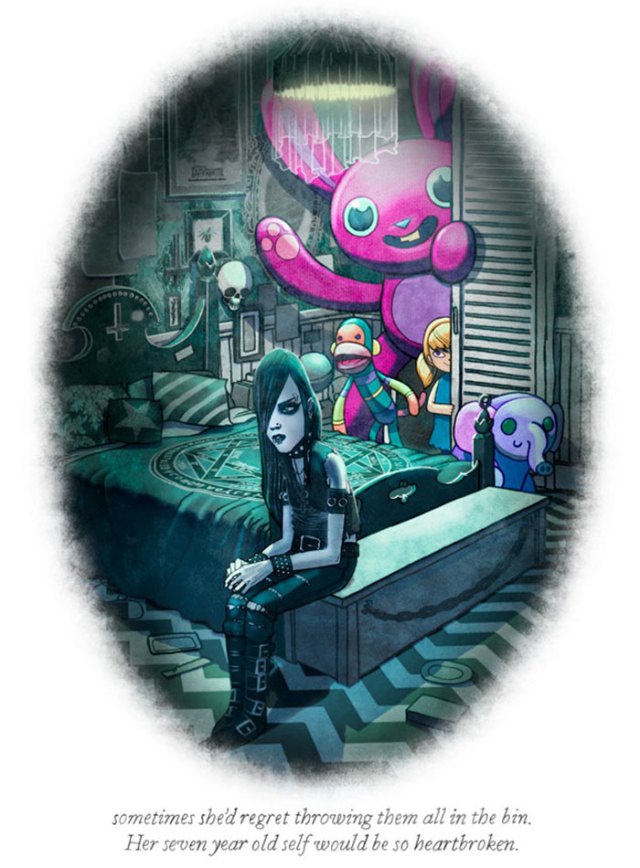 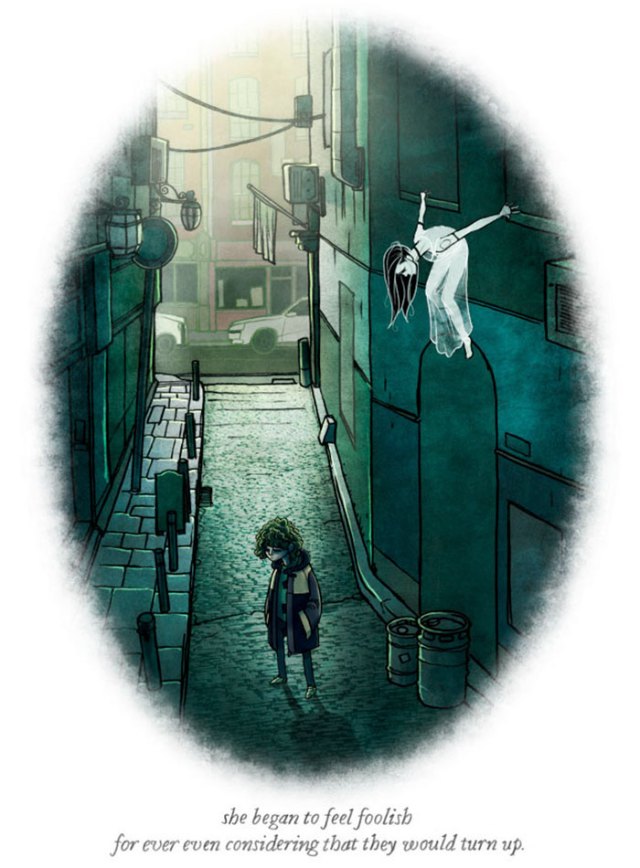